So.....I won't lie. I'm not a huge fan of Halloween. gasp! I love to dress up.....love to put together costumes for the kids.....but fall is just so pretty, and Halloween is just not. Especially when the Christmas stuff is already glistening in the stores, with it's twinkling lights and tinsel,  but before we can get to all that pretty stuff we have to go through Halloween, with it's blacks and oranges and such.
It's just that I'm over it in a day.
But.
The children on the other hand......they want to fill the house with as much "spooky" (read: tacky) stuff as we can. So we did....we filled it. And the best part was.....I only bought a few supplies.....every thing else I found in my house (you know, because I'm a hoarder).

My inspiration came from my friend Meg who has a creepy little doll named Homeless Hannah, and I thought it was a genius Halloween decoration.

So we started brainstorming other spooky things. The kids said things like eyeballs, poison, spiders, killer birds (what?), so we went from there. 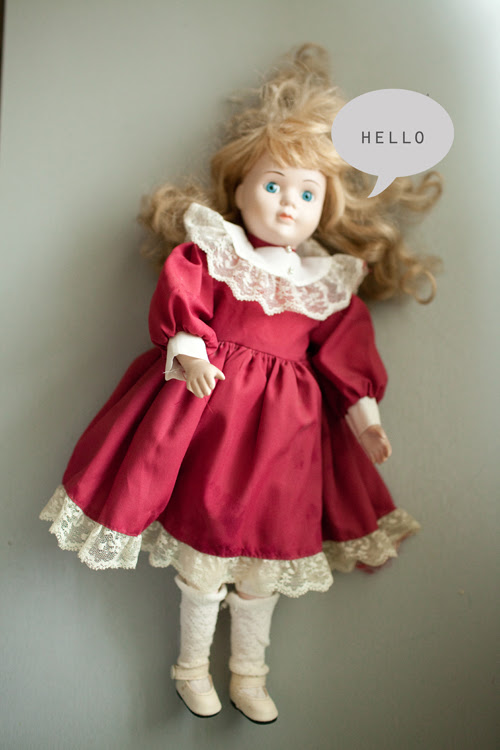 We picked this little gem up at the thrift store for $3. Isn't she creepy already?
we also used:
-black felt
-some gross black net type fabric (1/2 off at Joanns)
-those fake cottony spider webs that I've been reusing for years
-plastic spiders
-thrifted candle sticks painted black (I did this last year)
-antique books and bottles that I own
-home made playdough

Our dolly: I felt really weird explaining to the kids how we were going to make her "creepy".
And then even more weird as they watched me cut her hair, break her foot off, and burn her dress and face.
Please don't turn me in. I felt so artistic at the moment....now just feeling like I might have issues.

I made some labels for the bottles, and singed the edges. 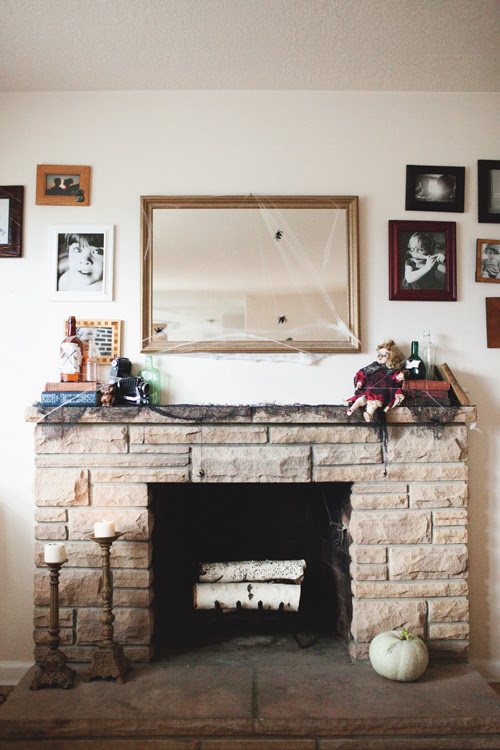 These are candlesticks I thrifted last year (you can get them for $1), and spray painted black.
The runner is plain orange fabric, with felt cut outs and a spider web "curtain" I bought on clearance last year at Joanns. I cut it in to pieces and laid it over the top of the orange. It's not even sewn, because I am fancy like that. 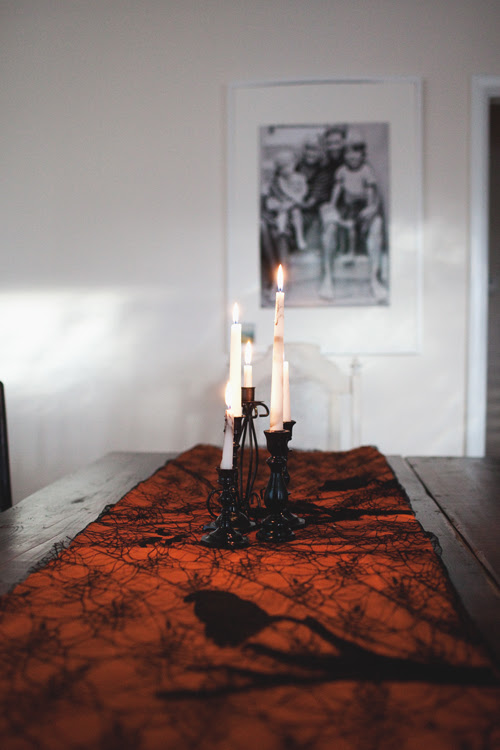 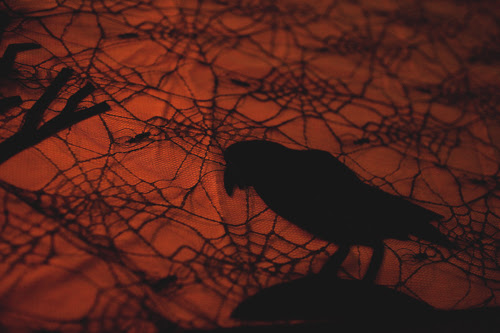 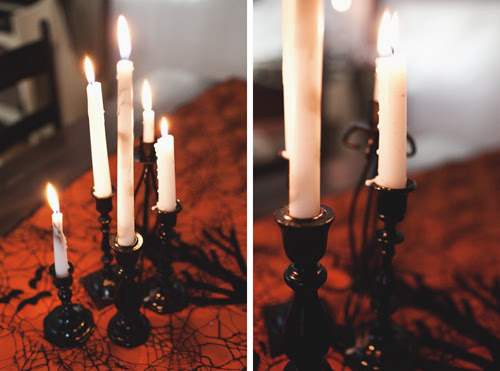 This is the kids favorite part.

And also, when my house really starts to look like it's just full of junk (ok, so it is)
We got the organ this summer from Robby's grandparents, and it was the perfect set up for a spooky scene.
The bottle and jars are all things I had, and we filled them with our playdough creations and labled them....super easy! 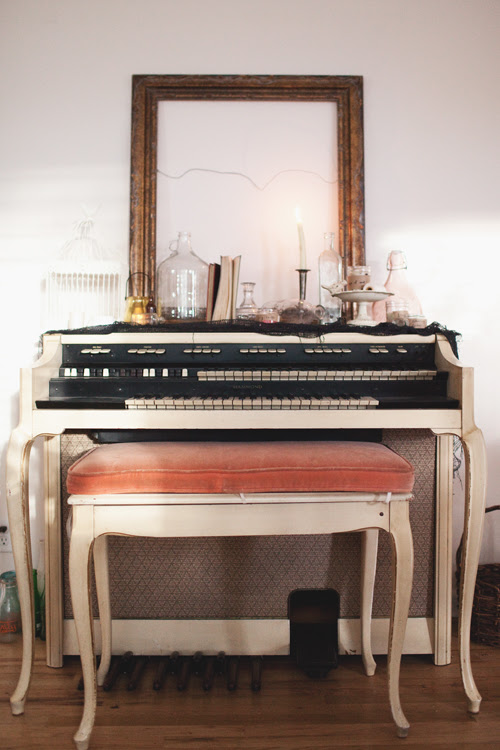 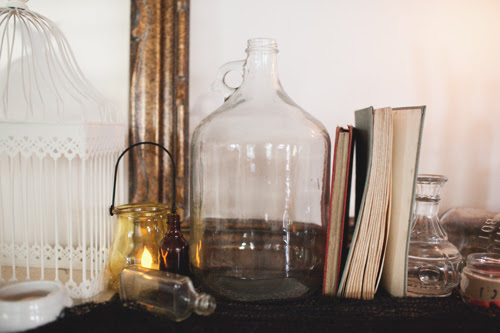 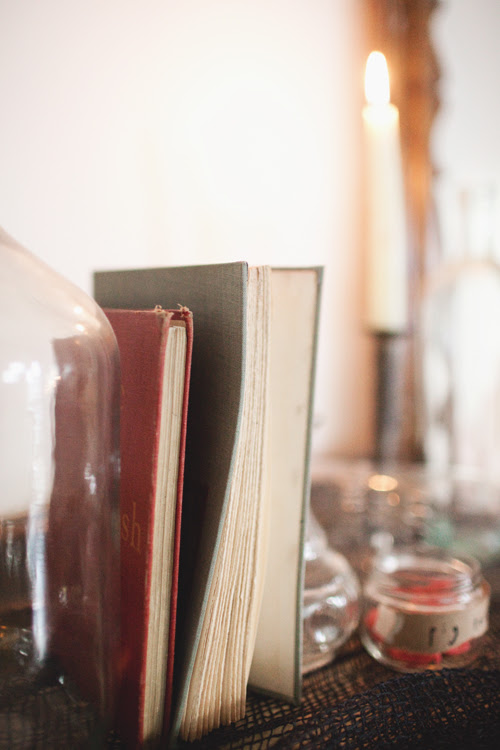 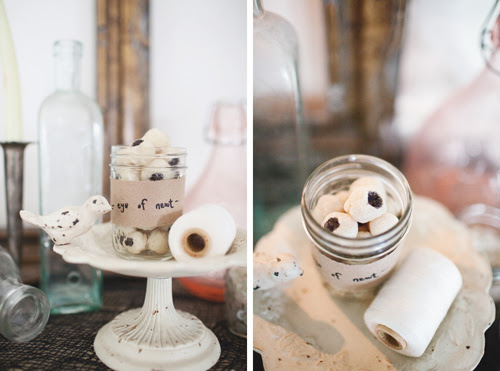 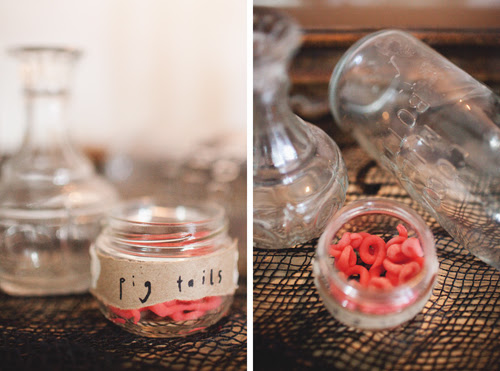 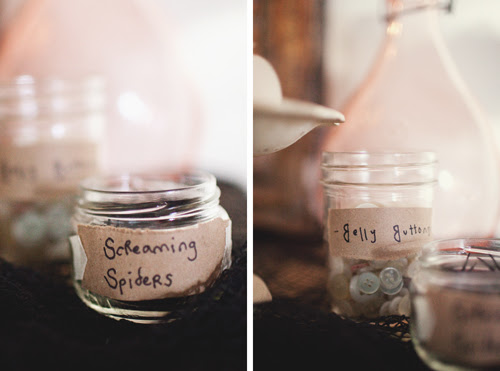 Lastly is a little game we've decided to play. Every few days I'll hang a spooky felt silhouette (like this "killer bird") somewhere in the house.....and the kids have to find it. Easy! And they love it. 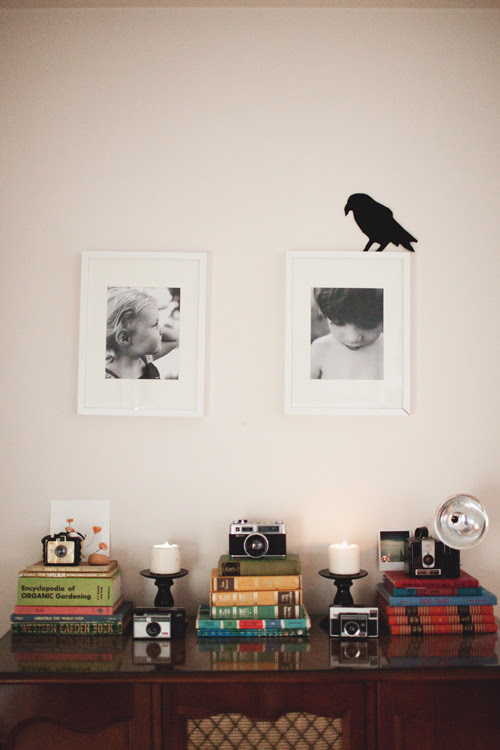 I love the potions center but the runner on the table is GORGEOUS! thanks for the tour!

YES! Thanks for the shout out. Creepy Halloween Doll needs a name!
I love the potions/apocethary idea, and might have to make one for my house. Homeless Hannah needs a place to get her drink on.

okay, sheena. this is the first time we've ever not been on the same page; i LOVE halloween (i decorated three weeks ago). it's second only to christmas in my book. for a halloween hater, i think you did the holiday justice. and on the cheap to boot.

its fab and so creative! i love this take on halloween. so fresh compared to candy corn EVERYWHERE!

p.s. that birdcage is begging for a crow or skeleton trapped inside.

I am with you on not loving halloween...however, I like any reason to decorate/bake/have fun... You are such a good mom just for decorating for your kids! And your house looks great, and not even tacky at all!

okay okay. you won! the best halloween decorations ever! and i am not a halloween fan either. i like pumpkins but not much else.

your house looks awesome! Tacky NO!! super spoky and perfect for Halloween! :)

love the crow on top of the frame! (and everything!) but mostly i love how you are such a fun mom.

Umm, well this is totally amazing!!!! That doll is going to give me nightmares. Thanks. ;)

you put me to shame sheena! i love it!

... your next task is to get 'little lu' to play nursie and fix 'Homeless Hannah's' broken foot! ...I love the grandpa's organ..

Dude, I don't think I'm gonna let your kids near Kyle for a while after they saw what you did to that baby doll. Yikes. haha just kidding. It looks awesome! All of it! You are one mean Halloween decorator, good job!

Okay, first of all the doll part cracked me up cause that's just the sort of thing I would do and then wonder about later. Then I had to read it to my husband because he wanted to know why I was laughing so much.

Secondly. Care to clone your organ and send it to me first class. I think I'm in love.

Thirdly, I'm totally with you on the ugly and orange and green Halloween decorations. That's why I try to stick with black and white and old and sillhouettes - things I love anyway. Nice job!

this is all genius!! I have always wanted neat halloween decorations but hate the crafty type (you know, painted wood pumpkins and that sort of thing). I love this so much. especially the doll. so funny, and amazingly creepy. good job!!

i totally know what you mean. i love autumn so much, and although I am all about having fun with halloween i have a hard time with all the silly knick-knacks.

These are absolutely the best Halloween decorations I've ever seen. I'm not a fan of the typical black and orange either.

i am so jealous! you always come up with the best stuff. i love the doll.

So fun and creative!!! Great job! I'm ready for the Christmas tree too :)

I SERIOUSLY LOVE the doll idea!! Haha! I can only imagine what was going through your kids minds!

I think I'm going to do this for myself...thanks!