So many little stories to tell.....

Circle of Life
Our first story hurts my heart......last week I had mentioned that our little chick Pebbles wasn't growing like the others. As the days went by she began to move a little slower and sleep a little longer. We came home from church on Sunday and found that she had never woke up. It was a sad sad day for my Lu--Pebbles was HER chick, her baby. We snuggled and she cried, and snuggled and snuggled some more until her tears had soaked my shirt. We had a proper funeral (I mean, of course we did.....for a chicken.....because that's normal) and said our goodbyes.
She had a hard afternoon--she's so sensitive this one, and loves like no other.
I'm so lucky to be her mom and to be loved like that. 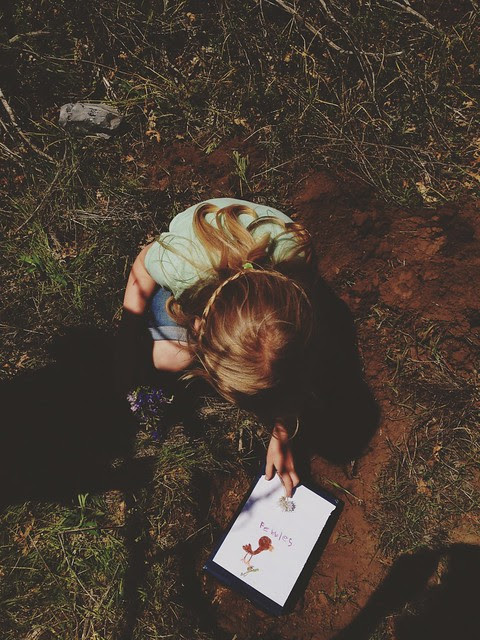 Chuck
But I wouldn't tell you a sad story without a happy ending!
Friday night Robby went to get our coop (no more chickens in the house!) A friend from work was getting rid of it--perfect for us! What we didn't realize (until he went to GET the coop) was that they still had one hen left......and she was coming home with US! Her name was Chuck, and she was completely barren-never laid an egg in her life. I didn't really know what we were going to do with her.....until.....
Until our sad afternoon a few days later when poor Pebbles died. We decided that Lu's new pet and very favorite would be Chuck. She was thrilled.....as long as she could rename her. And she did.
Meet Millie.
A gigantic barren Orpington who gets carried around on a hip like a baby.
(also totally normal.) 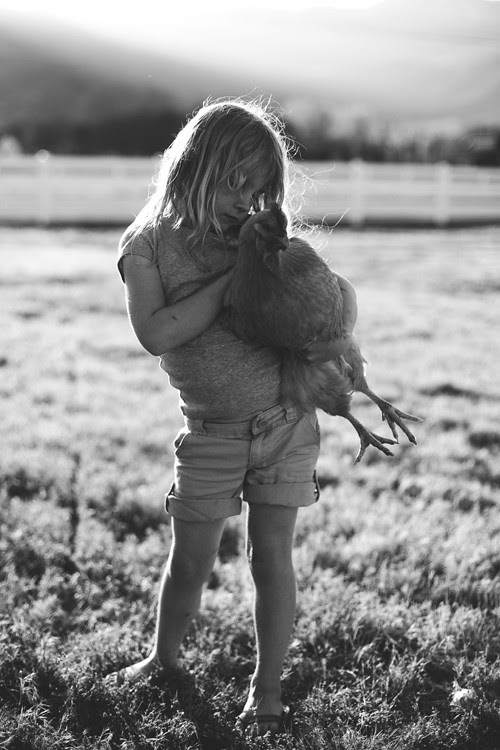 Sugar Sugar
Remember that time I announced I was going off sugar for the month? (You should remember, it was only last week) That is really funny that I said that. Well, I made it 6 full days. It actually wasn't that hard skipping out on the treats--I craved my usual piece of chocolate after dinner (and let's face it, usually lunch as well), but I skipped it and felt good about my decision. But I was also trying to ease up on other carbs, which the more I think about, the more hilarious it is. I had mentioned I'm adding mileage to my weekly runs, and that doesn't go over so well with a lack of carbs in my diet. My 5 mile run felt fine--no problem. Eight miles felt like I weighed 300 pounds and was running through Jell-O. It was terrible. I realized I needed some more carbs in my diet, so before my 12 miles on Saturday I had a big bowl of oatmeal with fruit and pure maple syrup......I felt better than I had a few days before, but still slow and sticky. So after laughing at myself and realizing how silly I'd been, I decided I'll try out my sugar cleanse when I'm not running so much. And naturally I ended my say-no-to sugar campaign with a Ruby Snap Cookie.

Mother's Day
I went to bed on Sunday evening giggling. What an odd day is was--we had a funeral for a chicken.
But other than that, we had such a good afternoon. I read, napped, and feasted on grilled burgers with my favorite people. I sure do love these two--I feel lucky each day that they were sent to me.
They are wild and crazy and dirty and silly and I just love watching them grow. 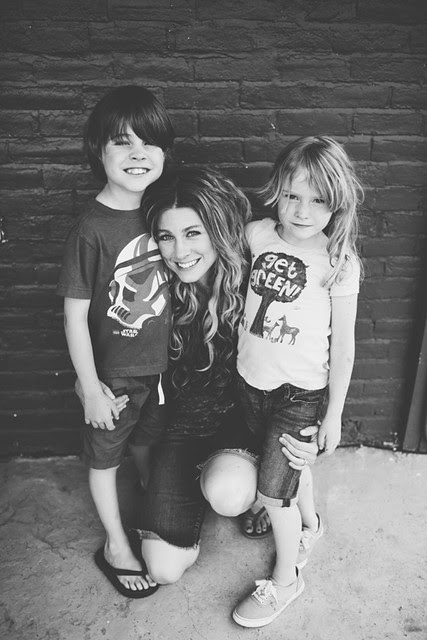 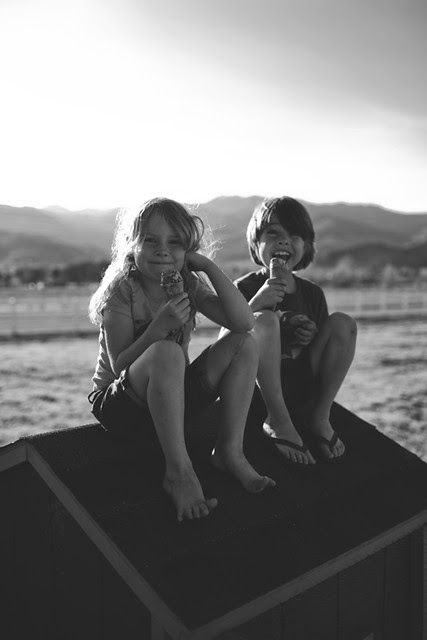 Summer Senses
These last two days have felt like summer--hot hot heat and sticky sweat dripping down. The taste of grilled burgers, veggies, and popsicles on my tongue. I hear squeals and giggles from outside in the late afternoon until the sun drops out of sight. I smell the fresh summery air--trees and dew and afternoon sun. And I see summer........well.....ok, it actually looks like spring still....Blossoms, baby animals, and new life on the mountain--it's perfect, really.

The Cookbook
Every few days I get an email from Mrs. Whitney L. Ingram with a few sample pages from her upcoming cookbook.....and I see MY photos on the page! It's crazy! And it's happening! Soon! Things are coming together more and more each day, and we should have a date sometime soon--I will keep you posted.

Eggs and Greens
Does all this chicken talk lately make you hungry for eggs? I love eggs.....we are counting down the days (we are so far away) until that magic moment when our own eggs start to arrive.
I have some combination of a fried egg and greens several times a week--breakfast lunch or dinner, I'll take them all. Here are two to try:

Sauteed Kale, Egg, and Goat Cheese
Sauté kale and leeks in some olive oil and a big squeeze of fresh lemon juice. After it's cooked for a few minutes, crack your egg into the kale and let it cook until it's done to your liking.
Add some salt, pepper, another squeeze of lemon to the kale and a few crumbles of goat cheese (or feta). 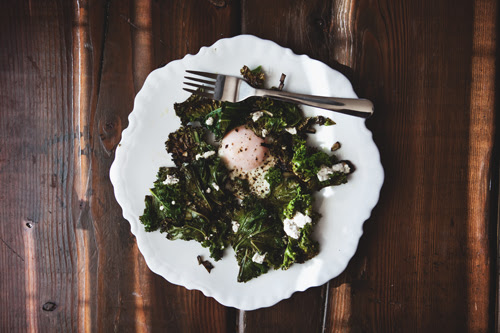 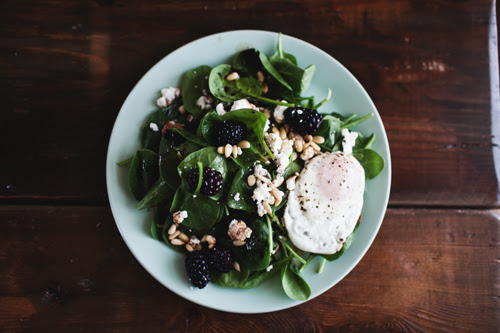 Email ThisBlogThis!Share to TwitterShare to FacebookShare to Pinterest
Labels: motherly, the flock, this and that

giving up sugar would be hardest! i probably wouldn't make it even one day.

You are SO pretty.
Welcome, Millie!
Yay maple syrup!
Eggs and greens- it's all I can think about this week!

you are so gorgeous, i love the new name and happy ending to a sad story. your daughter is so so so cute and fun-i hope my girls will be as adventurous. i have cut back on carbs but my sugar crave is something awful, glad im not the only one who craves it 2 (seventy) times a day. and a happy mothers day to you-i need one of those ruby snap cookies stat!

I've heard Orpington's referred to as 'lap chickens' because they love to be held! My Buff Orpington is always the first one to the door when I'm putting food in the coop. She is definitely at the bottom of the pecking order. She's just so darn gentle. I'm glad Lu is enjoying her Millie!

I don't know that I've commented before but have followed and tried your recipes for a long time. Just wanted to say I love how you do everything in moderation, you are so healthy and have such good ideas on eating wholes foods. But I like that you enjoy your sugar too. :) Anyway, your miscarriage story broke my heart, and I am sorry, but glad you are in a good place now. Your kids are beautiful, so are your pictures and your life. Love the chickens.

I've been eating eggs, kale, and leeks just about every other day after I saw you post it on Instagram. It is SO good, and makes me feel fantastic. I like it with feta and a few walnuts, too.

The picture of Lu and Millie is my absolute favorite.