I've posted this whole wheat naan recipe before--but it's one of our favorites and simple make, so I thought it would be worth the re-post.....right? It's also easy to fill with all your favorite summer vegetables for a quick lunch or dinner.

Before I made the naan, I quickly threw together some chicken breasts, chickpeas, minced garlic, lemon juice, oregano, olive oil, s&p, into the slow cooker for a few hours so I didn't have to worry about it at dinner time. 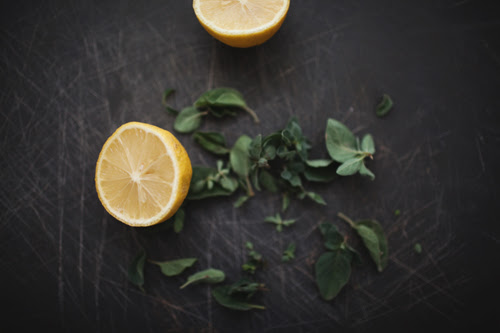 In a large bowl, stir together the water, yeast, and sugar and let stand for 5-10minutes, or until foamy.

Stir in the oil, yogurt, and egg until mixed, and then stir in the flour, gluten, and salt. Knead until you have a soft, pliable dough. Cover with a tea towel and let rise until doubled in size.....about an hour.

Divide the dough into 8-10 pieces and on a lightly floured surface, roll out each piece into a thin circle(ish) 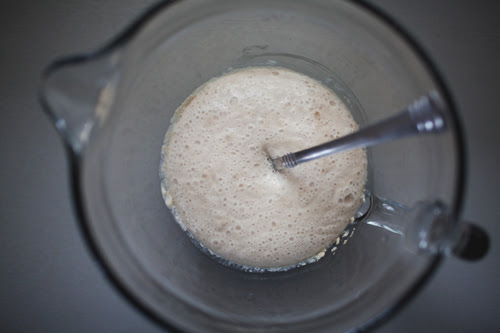 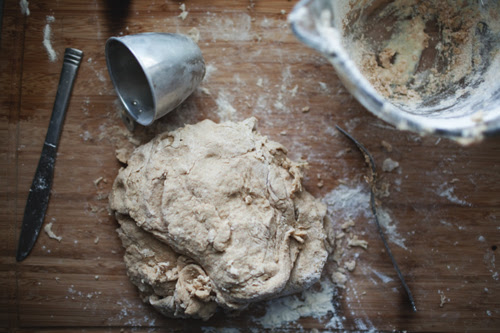 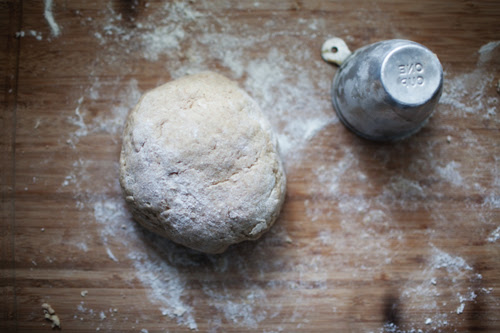 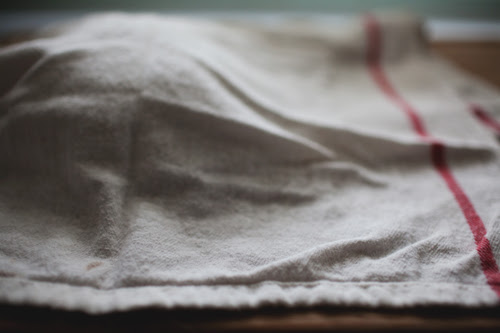 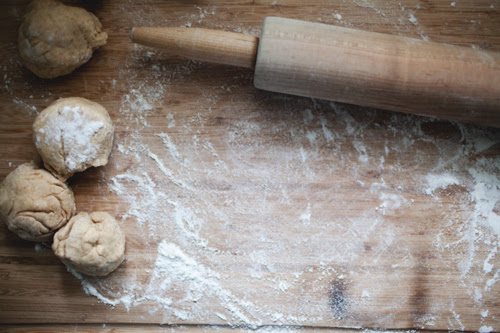 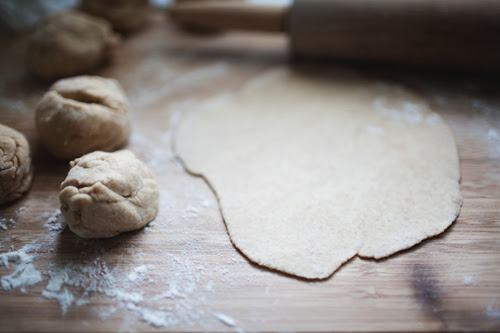 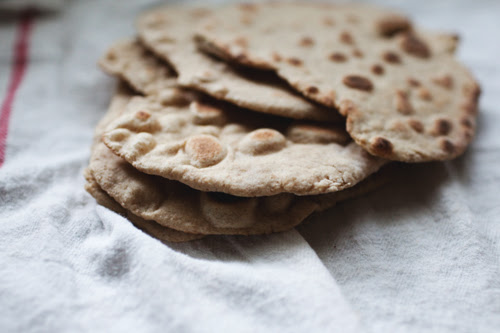 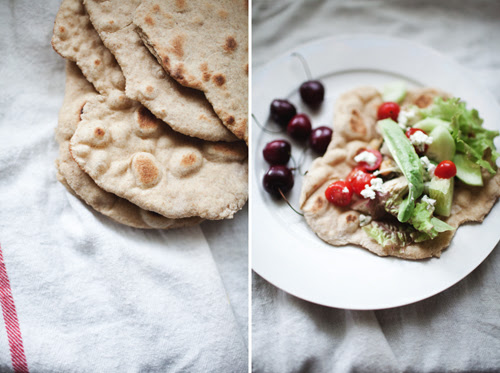 When you make the chicken in the slow cooker do you also fill it with water? I am a newbie to the slow cooker but am looking for some fast and easy summer recipes and this looks fantastic!


We bumped into your blog and we really liked it - great recipes YUM YUM.
We would like to add it to the Petitchef.com.

We would be delighted if you could add your blog to Petitchef so that our users can, as us,
enjoy your recipes.

Petitchef is a french based Cooking recipes Portal. Several hundred Blogs are already members
and benefit from their exposure on Petitchef.com.

To add your site to the Petitchef family you can use http://en.petitchef.com/?obj=front&action=site_ajout_form or just go to Petitchef.com and click on "Add your site"

love all these photos and I will definitely have to make this soon!!

my goodness, your photos are so beautiful.

Yum. I am obsessed with naan, this recipe looks delicious!

Yummy... this one slipped by me the first time - but it is bookmarked now!

I definitely want to give this recipe a try. Homemade naan! Wow! I die.

mmmmmmmm.
ps. that measuring cup takes me back to my mom's kitchen:)

Yum! I've been looking for a naan recipe lately. This one looks great. I keep running into great recipes with naan so I can't wait to try this.

Thanks for sharing. Great shots too, as always!

seriously one day I will be able to cook like you. I can't wait to try this, I also love love your photography.

Hi Sheena. I made your Naan recipe last night, and it got a thumbs up by two very fussy food critics. I really have enjoyed following your blog and recently started one myself named after my two children Matt & Niamh. I would love to hear any tips, as there are so many food blogs worth following. Zita.

I'm making it now. Thanks for the recipe!

Thanks for posting the recipe! We made it tonight...very easy and delicious.

oh my goodness, these look more lovely than heaven..

Great blog!
If you interested in modern agriculture and farming, then I will invite you to visit my farming blog.
How to Build a Poultry House
Methods of Modern Farming

Sheena, this is my new favorite thing. I made the naan with the chickpeas and chicken. To die for! I am salivating just thinking about it.

Thanks for the great idea!

You are the bread master. I made this, your whole bread, and whole wheat pizza dough. Never fails. Everyone loved it! Keep it up girl!