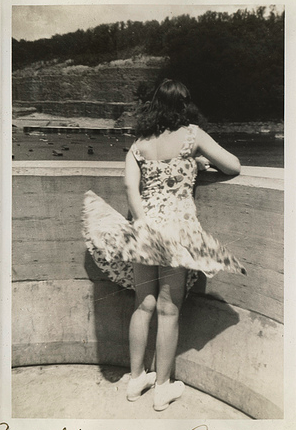 {photo}
(sidenote: I actually know someone who's laugh literally sounds like they're saying "HA HA HA". It's hilarious)
oh today.....sigh.
today was long.
is it still today?
Today I really, REALLY needed a laugh.
I swung by Target for milk. Just milk.
But you and I both know that it is impossible to go to Target for just one thing. Especially when your husband has the children at home.
I didn't grab a cart, as to prevent myself from buying things I didn't need.
So instead I just filled up my arms, being careful to balance my purchases on my almost-hips and under my chin, because as it turned out, Target had lots of things I didn't need.
My arms were at full capacity when I rounded a corner (checking the end caps for clearance!), and had an almost-collision with a male shopper. I survived the near crash, with only a few things spilling out from my grasp.
One of them being the sports bra that I decided I "needed".
sidenote: have you met me? Then you know how hilarious that is in itself, because I really, truthfully, don't need it.
So blah blah blah. Sports bra falls down on the ground.
Oh ps.
It landed on his feet.
And then we both just stood there.
Do I pick it up?
Should he kick it off, like a little (bitty) pest?
Do I run away and pretend it wasn't mine?
I think an hour or so passed, while I went through these options. And he must have been doing the same........I actually don't recall how it ended up back in my hands, but I quickly paid for my "needs" and hurried home.
And then I laughed about it.
Sometimes awkward is really, really funny. And sometimes really, really funny, is just what I need.
Please tell me that you have awkward moments
that make your face turn red??
Will you share them?

OOH! Me first! Me First!!! I went shopping for flowers with a man in my ward who is 22 yrs older than me. (he has some hookups with wholesalers) and while loading flowers in the the car there was an accidental boob grace. He awkwardly apologized and I said something like, "Hahaha...it happens!" I could have DIED. I thought about it for days after and would randomly burst out laughing. It was awesome.

your story has me laughing out loud. not to mention nodding my head at one's inability to leave target with anything less than 10 items. 9 of them usually being non-essentials. and almost always forgetting something you ACTUALLY needed :) glad to see i'm not alone!!

as for embarrassment--as a high school camp counselor, i accidently walked into the guys cabin to use the restroom. i didn't realize my mistake until i went to wash my hands, saw boxers on the counter, and turned to see the head of the theater program (most definately a man!) peering over the paper-thin shower curtain. several moments of silence passed. and then i simply turned and left. we laughed about it later, but it was HIGHLY uncomfortable :)

one time I remember, though not terribly embarassing, was when I wore two different shoes to a square dance. I had put them on in the dark and didn't notice until we had started dancing. Thankfully we lived close by and Gramps was able to run home and get the right shoe!

i know a kid who actually laughs like "yuck yuck yuck." it's pretty cool. and kind of awkward, actually.

water skiing with church group... face planted... bloody nose and so worried about it that I didn't notice... lost the top to my swimsuit... the blood hid the red of may face though!

Ha, um could my life be anymore awkward? There was the time I got stuck walking across the parking lot in a monsoon of a rainstorm. When I arrived at my destination, exactly half of the hair on my head was wet and completely plastered to my face. The other half, dry and normal. It looked like I was trying to that Almond Joy/Mounds commercial from years and years ago.

haha! heres one:
one night, a boy i was totally crushing on but barely knew, decided to teach me to skateboard. on a hill. i pretended to be brave and adventurous. he held the board still. i stepped on, he counted to three, let go, and i freaked. i jumped/flailed off. on the way off, i smacked him, hard. in the face. whoops. he was tearing up from the hit in the nose but trying to act cool. i felt like an idiot and was blubbering apologies.
totally awkward.
we were inseparable from that night on. hes my husband now. :)
my mom jokes that i 'fell' in love, and he was 'smitten'.
that night was the beginning of our life together.

don't even get me started. i have way to many to post. my latest, i just posted on my blog--at the dermo. AHH!

um yeah. i went to target today too.

i only needed diapers, but we all know how that goes.

$50 later, i had the diapers i needed, the ingredients to make those almond, cherry, chocolate thingys that i can't stop eating, leggings for my daughter and some thank you notes that were too cute to resist. gah! how does that happen?!

stupid target, you get me every time.

Hi! My name is Sarah and I'm a lurker on your great blog. It's so fun to read, thanks!

So my most embarrassing moment was when my cousins and I were starting a weight loss challenge. You know, those this- is- the-very-last-one-we-will-ever-EVER-do challenges!

My two cousins, who are also my very best friends, were over at my house so we all shared a bikini to take "before" front and rear pics. Kinda embarrassing, but no biggie amongst family....

The cousins picked up the pictures and called me to come over to their house to see them. I took a look at the first one, which was a "behind" picture. I saw it was me, and I was totally devastated and went on and on about how disappointed I was that I had let myself go. (I can be a bit dramatic sometimes.)

"Holy cow! Look at that cellulite! I didn't know I looked like that from behind! Will you look at those ROLLS (pointing each one out)! Oh, this is HORRIBLE! I have SOOOO much work to do!"

I looked up at my sweet cousins, one of which had turned a funny red color.

How do you possibly back-pedal from THAT?

Truthfully, when I did see MY picture I wished hers was mine. But she didn't believe me after that.

I don't blame her.

Oh this is soooo funny!!! I have moments like these about every other week!!! Seriously!!! I am trouble with a capital T!!!!
Mama Holli

Haha, this really made me laugh! I do EXACTLY the same thing every time I go to Target. I go for one thing and don't grab a cart, but it never stops me. I can't say I've had an experience like you had with the sports bra at Target, but I embarrass myself all the time :). Thanks for sharing.

oh man! this is a hilarious story. i loved it! if only i could've been a bystander to all of this.

This is so something that would happen to me. At least it wasn't something lacy or condoms.